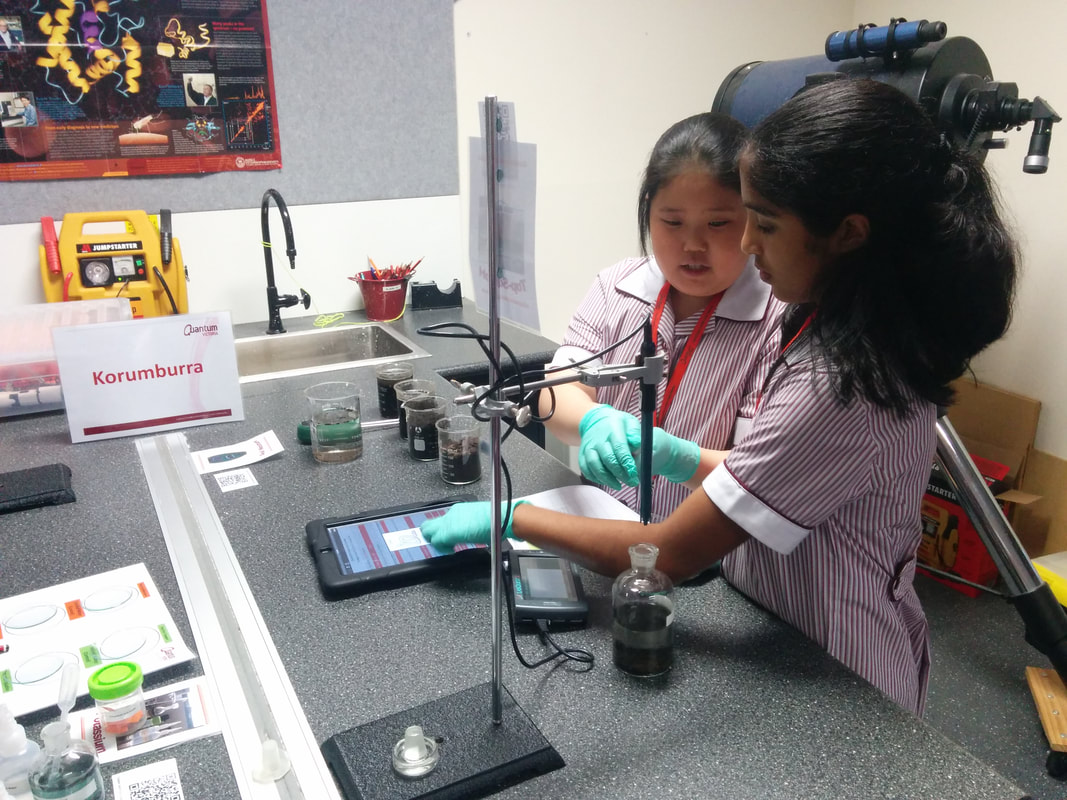 The year 7 students were given the opportunity to travel to Quantum Victoria Science Education Centre on the grounds of Latrobe University, Bundoora for a hands-on experience and an introduction to the STEM program. The program included the same activities planned out throughout the days for when each form went. The experiments and research practices consisted of the effects of tampering with food chains and finding a suitable and sustainable environment for the Giant Gippsland Earthworms.

Each group investigated food chains and how removing or adding different organisms would affect the food chain. From the organisms we analysed; Insects, Plants, Wrens, Kangaroos, Koalas, Frogs and Antechinus we discovered that eliminating insects away from the food chain affected the population of the Wrens, Frogs and Antechinus. Insects were the only diet for the Wrens and the Frogs, resulting in the species becoming extinct. The Antechinus’ diet only consisted of Wrens and Frogs. Therefore, the Antechinus also became extinct.

Next, the instructors introduced us to the Giant Gippsland Earthworms, which was our topic for the main criteria of the excursion. Because people often get confused between the earthworm and the snake, they are harmed and are now critically endangered. For our hands-on activity, they put us into groups and assigned us an area in Gippsland to find elements that are required to locate the most suitable area for the Giant Gippsland Earthworm. We did this by, using a QR scanner on iPads. We found out if the areas had copper or not, by adding distilled water to one strip and the natural water on another strip. If it turned white, that means there were traces of copper in the water. We also used a soil moisture meter to find out how moist the soil was. We also tested the pH level in the water to see if it is healthy for the earthworm to live in. Because the Giant Gippsland Earthworms breathe through their skin, they need healthy water and very high moisture levels along with the population of that specific field.

Overall this experience was a lot to take in, for the activities that we got to explore into had a lot of technology-based information. Personally, the excursion influenced my learning drastically mainly because of the Giant Gippsland Earthworm tasks. The way the whole environment was organised made us feel like we were in an actual scientific lab, which was incredibly exciting to view and work in.