What are Dichotomous Keys?

Dichotomous keys are used to identify objects or living things based on their characteristics or features.

A dichotomous key is a tool that allows the user to determine the identity of items in the natural world, such as trees, wildflowers, mammals, reptiles, rocks, and fish.  Keys consist of a series of choices that lead the user to the correct name of a given item, by narrowing done the features into smaller groups.

"Dichotomous" is a greek word that means "divided into two parts".

There are two main types of Dichotomous keys:
There are also keys that group with more than two possible choices at each step such as:

Many keys rely on detailed observations and clever descriptions to paint a picture in the reader's mind and allow them to distinguish between each choice. Other keys include pictures, diagrams or photos to aid the reader to make better choices.

Task 1:
Have a look at each of the diagrams of keys below. Use the clues above to decide which type of key it is. What features helped you decide this? 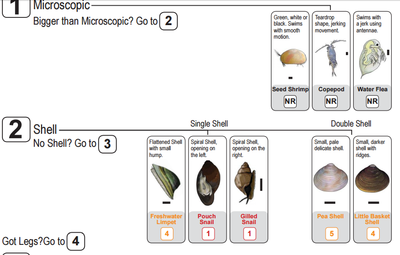 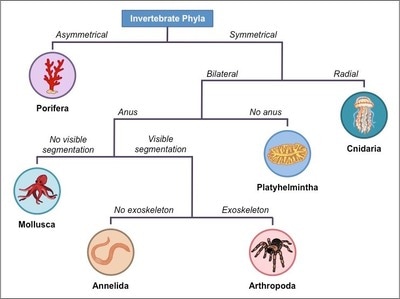 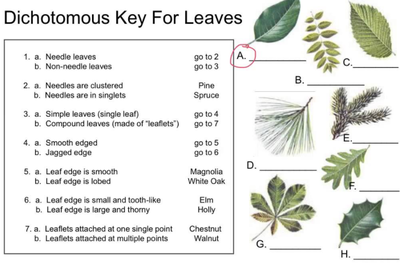 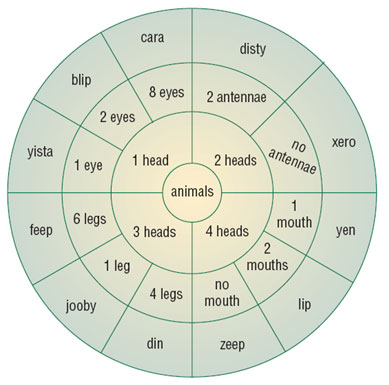 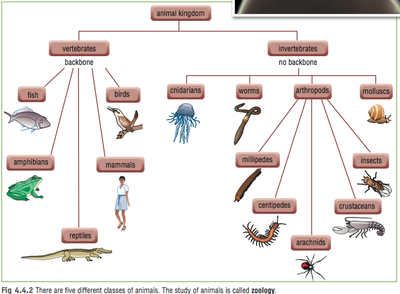 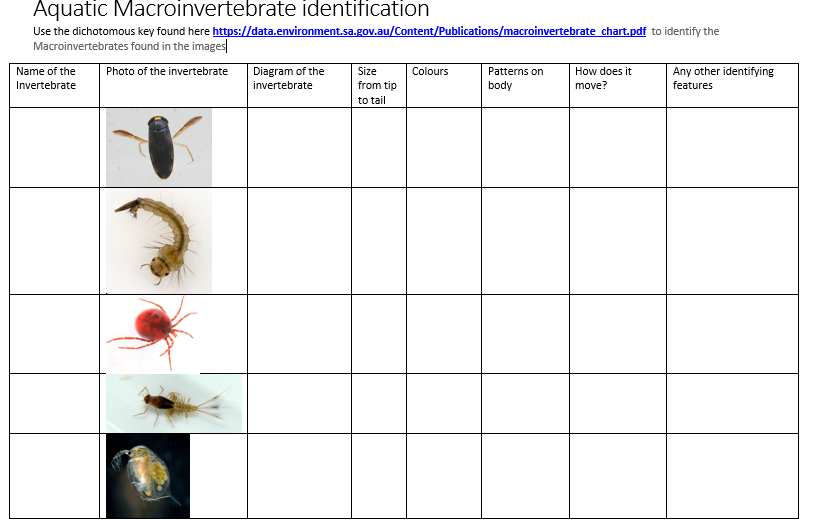 Task 3
Use the key  data.environment.sa.gov.au/Content/Publications/macroinvertebrate_chart.pdf
to identify the following macroinvertebrates from the images supplied.
You will need to practice your observation and description skills to complete this task. Complete the table in your book. Your teacher may provide this table as a photocopy.
​

What can the presence of waterbugs tell us about the health of the wetland ecosystem?

Finding these species gives a good indication of the pollution levels in the wetland ecosystem. We call these species indicator species.

Task 4
This table shows many of the species you may find in your ponding survey of the freshwater ecosystem.
Have a look at the table. 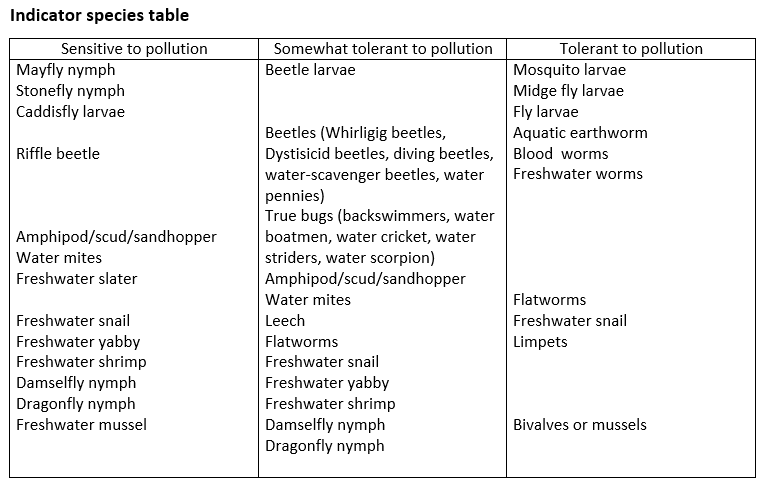 ​Teacher notes:
These notes are helping students create an awareness of the tools scientists use to identify and order the natural world around them. For the Field Investigation, students will need to know how to make great observations and descriptions of their aquatic macroinvertebrates that they find by ponding. They will use the key: https://data.environment.sa.gov.au/Content/Publications/macroinvertebrate_chart.pdf to identify the waterbugs at the wetlands. They do not need to be able to make a key for this task. Spending too much time on this one skill may rob time from the development of the remaining skills. Spending time on making observations and descriptions will be more valuable to the students being able to complete the CAT to a high standard.

Ask you lab assistant to produce A3 laminated macroinvertebrate charts in colour for use by pairs in this task. If you can get live samples of these organisms, students will have first hand experience with their size and movements. Explain to students the limitations of this table in this activity. Which columns can we not complete now, with only photos? Why is this additional data useful in the field?
​Other useful teaching resources include:
Sources for images of keys
www.thinksciencemaurer.com/dichotomous-key-of-scientific-equipment/ Leaf Dichotomous Key example
​http://ib.bioninja.com.au/_Media/dichotomous3_med.jpeg Invertebrate branching key example
http://wps.pearsoned.com.au/wps/media/objects/8335/8535831/_images_/ch4b.jpg
https://data.environment.sa.gov.au/Content/Publications/macroinvertebrate_chart.pdf
http://s3.amazonaws.com/engrade-myfiles/4089544937923278/Screen_Shot_2012-10-16_at_7.47.01_PM.png


This is the macroinvertebrate chart to use for Task 3 above